By 2050, members have lost faith in the EU. Mediterranean countries are suffering from more erratic and extreme temperatures, forest fires and droughts, whilst the Alps are melting at an even more concerning rate than ever before. In fact, according to WHO/Europe, it’s predicted that the death toll for climate change between 2030-50 will be 250,000 additional deaths per year— not just due to more frequent and extreme weather patterns such as heavy precipitation and rising sea levels, but the actual health risks produced and worsened by the constant use of fossil fuels (leading to large emissions of greenhouse gases), supported by a UNFCCC’s report on disease rate increasing with temperature. Fundamentally, despite numerous countries using renewable energy sources such as Finland, Denmark etc., not all European members are performing equally in achieving their energy consumption target (at least since 2017)— including the Netherlands, France, Ireland & the UK as well as Luxembourg being 8.2, 7.8, 6.8 and 6% away from their national 2020 targets, respectively. That gives less than a year left to achieve this. Moreover, countries that are actually more economically developed than the rest of the world (e.g. the Netherlands, Ireland) — ergo producing more pollution — are still significantly behind in their aims to reduce carbon emissions; hence I believe that Europe should focus on climate change mitigation as these actions will benefit Europe as a whole, producing long term effects.
Europe is already making a considerable difference. We have 11 members of the EU already achieving their 2020 targets; we have countries like Switzerland using hydropower as their main source of energy. But we aren’t doing enough. Our world is still dying, our climate is still worsening and our people are still indifferent and unbothered by the prediction of an upcoming Ragnarok. Change can only be made if we enforce mitigation policies to other European countries for maximum efforts as climate change is something we all fall victim for. With mitigation, not only would serious health problems triggered by ozone pollution levels be prevented, but several unnecessary and unfortunate deaths caused by forest fires and intense heat waves, as seen in UK in 2018. Reducing greenhouse gas emissions in Europe would save it’s diverse ecosystems and biodiversity, improve the general health of the continent and also bring immense economic benefits, one of the five main areas of the Europe 2020 Strategy (employment). Quoting WEB, it “generates 3 times the more jobs as the same level of spending in fossil fuels, greater earnings and higher output.”
I see Europe in 2050 as European countries working together with interests aside to prioritize climate change mitigation, and whilst doing so protecting smaller, more susceptible areas with domestic policies for climate adaptation. I see Venice still being the City of Water; the Alps still homing its 400 bird species and ghost cats; Portugal and Greece untouched by forest fires. We still have time, but we can only achieve this if we work together and prioritize saving the only world we know. 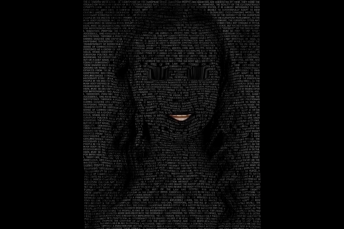 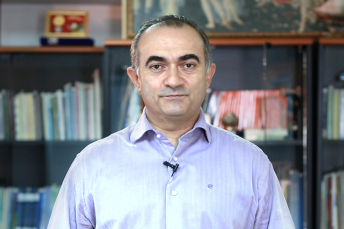 Mr. Tevan Poghosyan is the President of the International Center for Human Development (ICHD). Since May 2018 Mr. Poghosyan has been appointed as the Adviser to the President of Armenia on an ad hoc basis. For about two decades he has also been leading the Armenian...