The Future of Europe

In the past we have seen that the more the European Union develops, the weaker it becomes. This was noticeable in the sixties and seventies and in recent years during the migration crisis. In these cases, national member states left the European project and tried to tackle international challenges on national level.

We still don’t know the answer to the question if we want more or less EU. This is a very irrelevant question that we have asked ourselves at the beginning of the European project. Today, we must ask ourselves for which subjects the European Union is suitable as an ally for the member states. I think that the EU could be an ally in combatting against climate change, migration, better labor and economy.

That brings me to my second big challenge: the European Union as a beacon of democracies and Human Rights. The EU was built as a third power next to the United States of America and the Soviet-Union. It was a unique project based on democracy and human rights.
For instance, the European Union is the only international organization where representatives are elected by citizens.

In the future, our common values will be challenged by other powers such as China or Russia. We must strengthen our beliefs in these aspects so we can assure that Europeans live in a society based on democracy and human rights.

I think it is crucial that Europeans will be involved in policy making so we can bring our European democracy to new heights.
Clearly, we have had our ups-and-downs. If we maintain our fundamental values and strengthen our beliefs in the European project, we will have a strong base for big challenges coming our way. 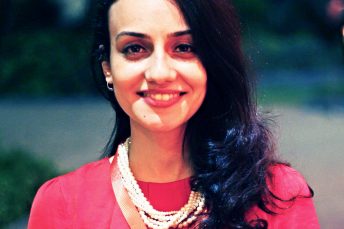 May Helmy holds a master degree in French language and literature, major civilisation and arts from Alexandria University in Egypt.  Throughout her studies, she examined conflict and peace issues, while discovering the different notions of conflicts and how they affect... 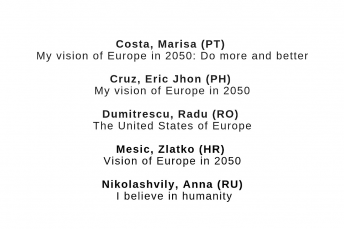