Racism, a belief in superiority of one race over another, an idea that humans can be subdivided into distinct groups due to their difference in color or ethnic background. These results into discrimination and prejudice towards people based on their race or ethnicity.
A belief expressed in many forms i.e. institutional racism, the formal and informal policies and practices that deny equitable treatment to individuals because of their race or ethnic affiliation, offensive comments, poor attitude and occasional violent outbursts. Results of such treatment are experienced far and wide and have had such a negative impact on the society.
In some countries, victims form their own societies hence face social exclusion from other races due to the feeling of minority. People who come from these areas find difficulty in finding jobs because employers think people from such areas are “Good for nothing” just because of their address. Such a country with a racist mentality does not allow all its citizens to contribute collectively to the nation thus limiting its success and development.
Individuals who experience racism in their everyday life become very limited. They usually live in fear with low self-esteem. They naturally come to view themselves as less worthy than they truly are and this can perpetuate they cycle of oppression.
The victims become aggressive and resentful turning to criminal behavior in an attempt to fight back against the injustice. Living with the thought that you are hated makes one miserable and can cause depression and rise in suicide rate.
“No one is born hating another person because of the color of their skin, background or religion, people are taught to hate” an article from “Long walk to freedom” an autobiography of Nelson Mandela the Late.
Racism begins not in classrooms, football fields, subways, in courts of law but in homes. What exactly are we telling our children and grandchildren either in words or actions? Children take on what they are taught in their childhood, if one is taught to hate, distrust and to form friendships within their own race, it is more likely that they will portray these values in their adulthood.
Our actions as parents convey a lot to the children. A simple act of welcoming people of distinct races to your neighborhood shows the children that you respect the persons and are glad to have them around and this gives a message of fairness and hope to the children. A sense of respect for all persons and cultures, the ability to work together despite differences.
Society as a whole must promote integration between its different communities starting with the youngest members in order to raise a new generation of tolerant individuals who embrace diversity and value all members of society equally.
My Europe in 2050 is one in which participation between diverse communities is encouraged, one in which we devise new ways forward into a positive way of life where all members of society regardless of their race can be valued and make a difference for the better. 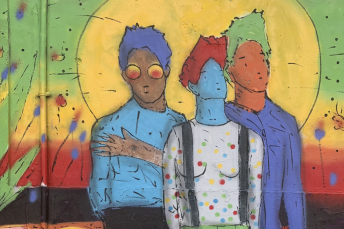 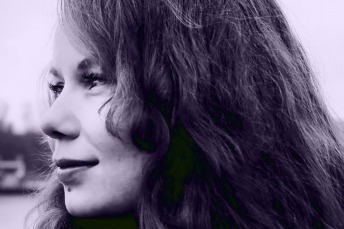