The division of people into tribes began many years ago. Small tribes were not able to establish well contact with each other, which had been finished with fights for living territory. Today, there are 253 countries with different customs and cultures across the world. The last research had shown that it is more than 7.5 billion people living on the Earth. The most incredible thing in that enormous number is its nothingness comparing to the land’s scales. Countries’ division have taken misunderstanding between people from different cultures, while it also helped to make a huge step for world’s evolution on a competitive basis. Due to that most of the countries did not end up in the best possible conditions. Some people from the poor countries aspire to find a better place to live in among developed ones, and stop their preference on Europe. The population of this narrow continent is more than 750 million people without counting tourists from around the world. Despite this fact, this number is rising from day to day but people’s wishes of moving there don’t change. It leads to overpopulation in small places, which destroys nature by building new constructions. If the population of Europe will continue to increase, this marvelous place with it’s history will have been definitely ruined by 2050. The huge migration in 2017 had already endangered people with the horrible events. The acceptance of the immigrants was a honorable action from the governments of Europe countries. Unfortunately, it had a bad influence on the citizens, who were endangered because of the support they gave to the people in need. The main aftermath of this action would be enormous changes in the population in several years and the total replacement of citizens. Tolerance, understanding and soul liberty would disappear due to different points of view from around the world. Tourists always try to obey the rules of the visited country, but they may start behaving more freely while leaving in familiar society. Overpopulation is one of the main problems of European countries.
I am not saying that Europe would be destroyed in 2050, but I see that this place is loosing its qualities. I can’t judge all of the tourists, who want to see all these historical places. I also can’t blame the immigrants, which weren’t able to stay at home, because of the emergencies. I just can share my point of view and present you how I see the aftermath of this kind of situations. Everybody should have a chance to live anywhere, where they prefer to live, but they should not forget the overpopulation consequences. As I mentioned before, there are more than 250 countries, and they all have their own special quality. Sometimes people forget that they build all these towers, painted all these walls and created all these castles. If we can create anything in this world, it will definitely not be hard to change our native country for the better. We also shouldn’t forget to appreciate everyone in this world including ourselves. 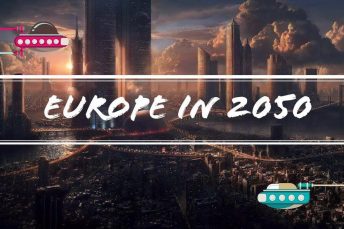 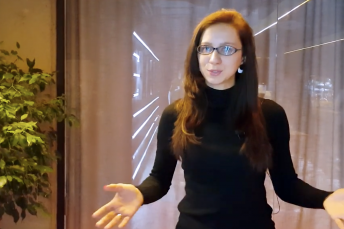