What the world may be in 30 years? This topic is very relevant in order to reflect on. I would also like to share my thoughts on this.
Europe is part of the land on which we live. The main issue with Europe is why it is more developed than others.
Probably because it has many treasures of the soil like oil and gas, and others. There are also mass line-productions like automotive, electrical, aviation, and chemical, etc.
There are many European countries that are popular due to their beauty. According to this, tourism in these countries thrives and promotes their development. Of course, there are many other reasons.
Unfortunately, there are also some problems need to be solved.
Below, I will give examples of several issues that are the most important in my opinion:
– Wars that lead to great human losses, economic downturn, and so on; – The problem of migrants who have no place to live;
– An economic crisis that could lead to a European collapse;
– People's health problem. Obesity is a major problem;
– The threat of the collapse of certain countries as a result of the contradictions between their leaders.
In my opinion, these and other problems can be solved. The most important problem is the migration of refugees. Although the EU has already decided on the distribution of people by country, some still refuse to accept refugees. I guess we should think about whether we really need an authority that goes against people. People are not guilty of being left without a home. Our main task is to give them a chance to live. If the president refuses to do so, then it's not the ruler who may bring us to a bright future.
It is obvious that the problem of people's health depends on themselves, but to a certain extent, this is also a problem for the country. Manufacturers add a lot of food additives in their products. The human body has to consume natural products, especially dairy products. Another reason is the polluted air we breathe. This is only our fault. Due to a large amount of garbage spilled on the streets and harmful emissions from factories polluting our environment. This problem can be solved through the development of farming and the installation of special
containers for the sorting of various types of garbage. It will be quite a bit but in the future a huge plus for Europe.
As a resident of Ukraine, I know well what a war is. I can assure you that it is very scary. People are the cause of all wars, that's why exactly people must put an end to this problem. But life is not worth it. We need to solve problems with calm methods. And who, if not the ruler should contribute to this. We must always remember that happiness is not about money, but peace and calm. I think that decent power should listen and support the choice of their people.
I hope that in many years Europe will become The Great. Of course, you cannot do without losses and disappointments, but the main thing is that peace will come.
Each of us must make a contribution to the development of the EU. So let's save the world!
Just imagine, that in many years, scientists will invent cures for cancer, cars will fly, and robots will be working instead of people. I hope we can achieve this and all these technologies will positively affect our lives.
I want to push young people to debate in the European Parliament. We have the right to speak. We will be our land! Let's open the world together, despite obstacles. I hope that my opinion may have a certain effect on the development of Europe. 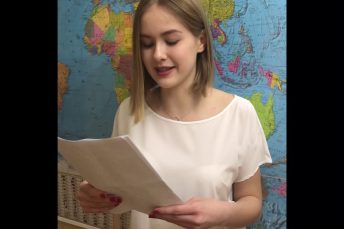 Imagine Europe in 2050! – by Anna Pavlovskaya

Hi. My name is Anya, I am Ukrainian. I study in the 10th grade and dream of becoming a photographer. Surely each of us was wondering what will be in the distant future. This is our human nature – to think. Since we are a little familiar, let’s take a trip... 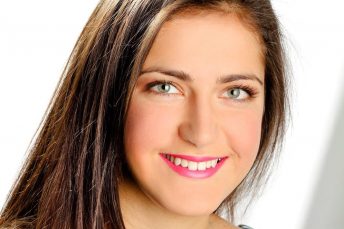