My vision of Europe in 2050
Our world is really bigger than we think……Is it? But what can be done with some problems humankind faces right now: land use to accommodate exploding populations, the future of nuclear energy and much more. But what about the big challenges that are brewing for the future? In 30 years, what might be on the world’s agenda to solve? Here are just some of the potential big issues of tomorrow:
1. A MORE AGED POPULATION THAN EVER BEFORE
We won’t just be wrestling with the fact that the world’s population is exploding – but people are living longer than ever, too. Which is great – but all those senior citizens are going to require care. In fact, the number of centenarians will increase more than 50 times – from 500,000 today to over 26 million by 2100. From the UK to Japan to China, societies with large numbers of people over 65 will become more common. In the next couple of decades, as that increase starts to happen, we’ll need better care for the elderly (Japan is even eyeing robots) and perhaps policies to allow more immigrants to try and make up for ageing workforces and in some cases, declining birth rates.
2. LOST CITIES
You don’t need to look very hard in a place like Miami to see how cities are changing in the 21st Century – rising sea levels are gradually making some of them disappear. Fuelled by climate change, not only are floods becoming more common in the streets, but the changing weather patterns have also influenced building design. Aside from more seawalls, the city is requiring all new buildings be built with their first floor built higher. But that’s all a sticking plaster – if current trends continue, we may have to come to terms with losing whole swathes of cities, islands and low-lying regions such as Bangladesh. The economic impact to regions will be profound, and climate refugees could become the norm.
Pressure is already growing on cities, as urban populations grow. If climate change forces mass migration, then existing infrastructure, services and economies may be stretched to breaking point.
3. NEW GEOPOLITICAL TENSIONS
The past year has seen a complete upset of our geopolitics’ fragile balance. That could make the global stability of the next couple of decades a complete question mark.
North Korean missile launches. Thousands of refugees crossing borders to flee turmoil. Hackers meddling in other nations’ elections. Rising nationalist sentiment worldwide. Headlines in 2016 have been dominated by never-ending political drama that’s been fuelling a ‘geopolitical minefield’ – whether it’s managing unpredictable North Korea, the plight of Syrian refugees, or Britain’s transition from the European Union. Throw in widespread hacking, nuclear missiles and other dangerous technology, and it’s easy to see why maintaining basic diplomacy becomes vital.
4. BOOSTED BRAINPOWER
It’s already common to use drugs to boost brainpower (whether it’s coffee, or something stronger, like modafinil), and most of the developed world now relies on their smartphones as an ‘externalised’ memory – but let’s extrapolate that out a few decades. Imagine targeted pharmaceuticals that make us think faster than currently possible, and technological implants that help us concentrate beyond normal human ability for hours or days, for example – these advances are already well underway in laboratories around the world. The question it raises is: what happens to those that cannot afford such enhancements? Could it widen inequality, and allow the rich to get richer? Then there’s also the legal and ethical issues: it’s acceptable to drink a coffee before you sit an exam, but is it ok to use an implant or a smart drug? The challenges posed by intelligence enhancement are only just emerging.

That’s just a taster of what we may face in 2050. But I would like to believe that everything is in our hands. Let's make our world better!!! 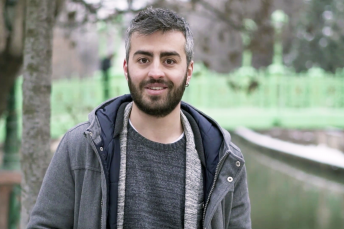 by Sezer Aksoy  Hello every beautiful heart and wonderful mind from all over the world! This is Sezer Aksoy from Turkey, Eskişehir. First of all, concerning the main topic, I would like to ask you a question. Can you really imagine 2050? Is it not too far away from now... 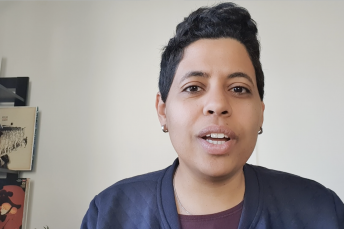 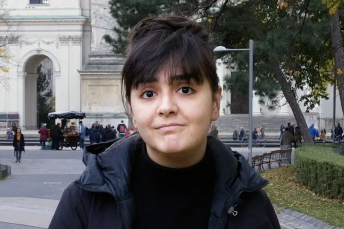 Rania Ali is a 23 year old Syrian Journalist based in Vienna. As a film maker, she has won an award for the documentary “Escape from Syria: Rania’s Odyssey“. Rania gave a TEDx Talk in Paris in November 2017 and continues to document the journeys of refugees.