Title: New Europe 2050
Author: Giorgi Gogidze
Votes: 49
Views: 1280
Description: My name is Giorgi Gogidze and I am from Georgia. My country signed association agreement and DCFTA with European Union and seeks to join it. However I have deep concerns regarding Europe in 2050. First, I tend to agree with former prime-minister of the United Kingdom Margaret Thatcher’s words about migrants. She mentioned that ‘’this country might be rather swamped by people with a different culture’’ (27MikeMorrison, 1978). She took the United Kingdom into account but today her prediction can be generalized to entire Europe. Migration crisis, which was more likely overcome by the European Council, will escalate the European Union into unforeseen challenges. The number of migrants will increase drastically due to 2050. Refugees from near east, Africa, northern, southern and eastern Asia will come to Europe asking for help and they will grow faster. What is called European with its genetic code might be changed because of presence of numerous foreigners. Percentage of crimes is claimed to be increased in a whole continent. Hence Europe will be in the hands of not Europeans anymore but people with different ethnicity, origin, view and political approach. Accordingly, constructivism that was holding European countries together will result in failure. Furthermore, Globalization and liberalism will lead European Union to be under danger of dissolution. Second, the European Union will be going to implement the enlargement policy. Therefore, Western Balkans, more probably Albania first and then Kosovo and some of the Eastern European countries including Georgia will be joined to the European Union. Interesting point is that developing countries, that aspired to become members of the European Union, will be unable to enjoy its privileges since the European Union is not going to be game changer anymore. Together with migration crisis, the absence of common foreign policy and absence of a big contributor the United Kingdom will be one of the considerable reasons endangering its existence. Third, European Union assumed that by 2030 member countries will be transited from non-renewable energy to renewable one (Renewable energy, 2018). Before referring to solar and wind energy resources, I would like to emphasize the fact that Nabucco-West pipeline project, considering natural gas supply from Turkish-Bulgarian border to Austria, was declined by the Russian federation. The latter tries to maintain the role of exclusive gas supplier for European countries. The member countries dependent on the Russian Federation’s energy resources cannot deny cooperation with the Russian Federation. Thus, from my point of view, agreement of oncoming energy projects, such as ‘’Trans Adriatic Pipeline (TAP, TANAP pipelines welded together, 2018)’’ and ‘’Trans-Anatolian Pipeline’’ (Why TANAP?)’’ are going to be annulled. Concerning renewable energy, I believe, that less developed European Union member countries might have difficulties in dealing with renewable energy. Accordingly, such countries will still need non-renewable resources that will prolong reaching consensus. To conclude, I take pessimist view on Europe 2050. Europe should undertake responsibility to handle problems with migrant flow that can cause serious problems within the European Union; guarantee sustainability to its new members after enlargement; and try to reach consensus on energy policy. Author: Giorgi Gogidze References 27MikeMorrison. (1978). Margaret Thatcher Swamped Immigration Talk. attained from Youtube.com: https://www.youtube.com/watch?v=sHhKI5ijnxQ Renewable energy. (2018). attaned from ec.europa.eu: https://ec.europa.eu/energy/en/topics/renewable-energy TAP, TANAP pipelines welded together. (29 November 2018 y.). attained from www.offshoreenergytoday.com: https://www.offshoreenergytoday.com/tap-tanap-pipelines-welded-together/ Why TANAP? attained from www.tanap.com: https://www.tanap.com/tanap-project/why-tanap/ 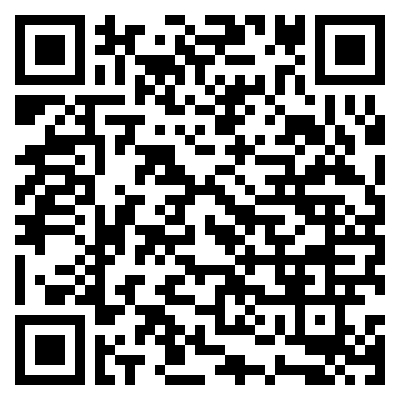